I am not sure what drives hundreds of people to make the pilgrimage to the gardens of Anglesey Abbey in Cambridgeshire during the cold month of February…is it the lure of the hundreds of different varieties of snowdrops or the vibrant colours of the winter  stems?

Maybe it is the scent of the Witch-Hazel, Viburnum and Christmas box or the stark ghostly outlines of the 100 white birch trees.

Perhaps it is just that people are so fed up of the long winter months that the chance to see some signs of life and colour springing from the cold soggy ground is reason enough!

I made my journey to Anglesey Abbey run by the National Trust, last Wednesday with grey overcast skies and near sub-zero temperatures. On arrival the places on the snowdrop guided tours had all been filled.

There is a growing band of Galanthus lovers or “Galanthophiles” as they are known. With up to 2,000 cultivated varieties of snowdrop, there are plenty to choose from. 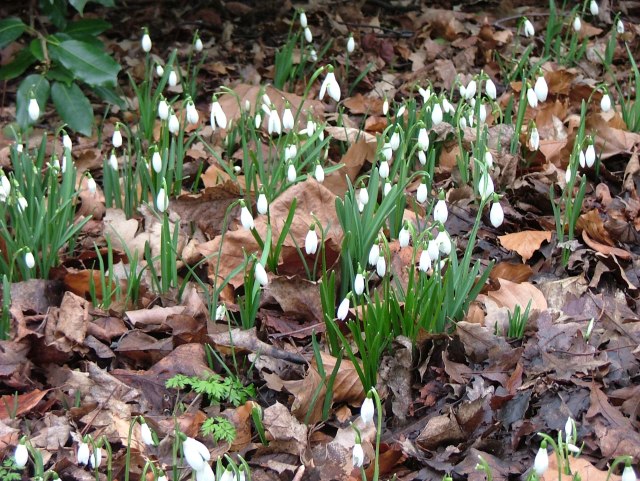 Popular with the Victorians, snowdrops have always had their band of muddy kneed fans, but a recent article by the BBC claims that in recent years they have become somewhat a cult flower with one collector paying over £360 on eBay for a particular cultivar – the most expensive snowdrop bulb ever sold! 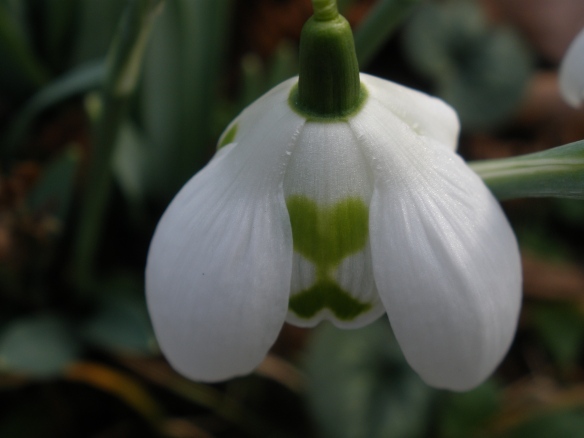 Snowdrops are not native to the UK and after a period of mass exploitation of wild snowdrops in Turkey in the 1980’s, they are now covered by the Convention on International Trade in Endangered Species of Wild Flora and Fauna (CITES) regulations.This means that to sell a snowdrop bulb you need a licence and the right documentation.

Apart from snowdrops other woodland favourites were beginning to emerge from their Winter hibernation, among them Cyclamen and Winter Aconites or Eranthis.

The Winter Garden walk was a stunning sight with the grey skies making the colours stand out strongly. The repetition and the rhythmic planting and the gently curving path beckons the visitor through the space, giving a surprise around every turn and leading to a dramatic conclusion!

Here a copse of  Betula utilis var. jacquemontii stand like a ghostly art installation. the whiteness of their trunks (recently pressure washed by the gardening team!) was further emphasised in the dull grey light. 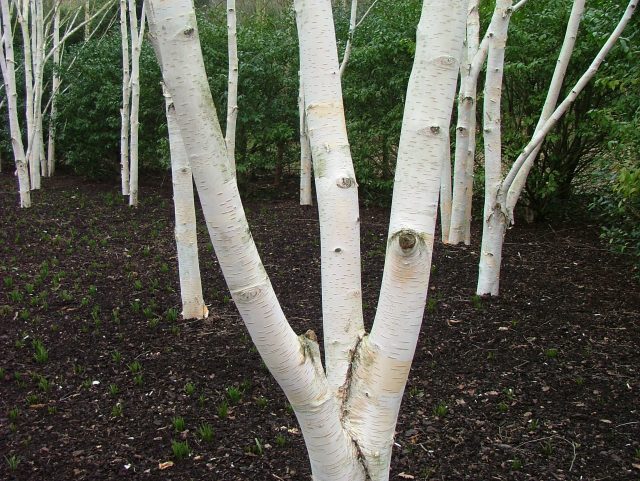 They also look good when the sun shines and are therefore useful for brightening up a dull corner of anyone’s garden.

Anglesey Abbey is well worth a visit at any time of the year. Later, in the spring it is the turn of beds full of hyacinths to take centre stage, whilst in late summer Dahlias become the stars of the show. 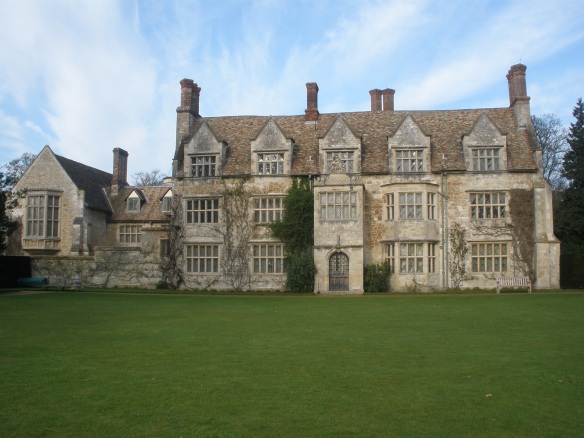 The house open Spring to early autumn (see NT website for details) is a fine example of a gentlemans country residence and Lode Mill originally purchased by the then owner Lord Fairhaven as an “eyecatcher” is interesting to visit at any time of the year.

I am a garden designer living and working in rural Worcestershire For more information and to see examples of my work see www.anneguygardendesigns.co.uk
View all posts by Anne Guy →
This entry was posted in Uncategorized. Bookmark the permalink.

A Compendium of Sussex Walks