A few weeks ago I received an email from a crowd funding group alerting me to a new campaign to open a Cat Café.

Bobs World Cat Café is the brainchild of James Bowen former Big Issue seller and popular busker in Covent Garden, and his constant furry ginger companion “Street Cat Bob”, who has become a star in his own right featuring in several best selling books.

The books tell of James’s story and his friendship with Bob.

“I was homeless and struggling with substance abuse before I met a little ginger stray tom cat, whom I have named Bob, who has helped me realise that there are more things in life to focus on than drugs. He helped me overcome addiction, by being a loyal and compassionate companion, and giving me something other than myself to look after. He has simply become my best friend, and has looked after me just as much as I have him.”….James Bowen 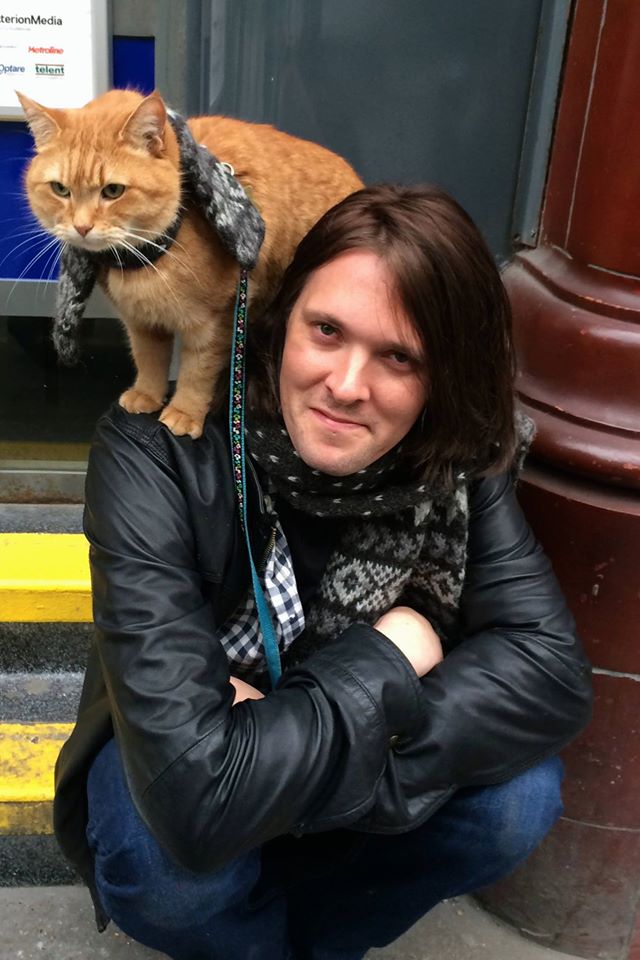 The cat café which will be called Bob’s World is aiming to open in the North London and will be populated with cats that have been rescued, providing “a home for homeless, abused or unwanted cats” as well as a place for “other like-minded individuals to come in and have tea, coffee and refreshments whilst being surrounded by cats”.

To read more about the campaign and donate towards its fundraising go to https://www.indiegogo.com/projects/bob-s-world-cat-cafe-fundraiser

I have published this in advance of my next blog on London cats in order to highlight Bob’s campaign which closes in mid April.

I am a garden designer living and working in rural Worcestershire For more information and to see examples of my work see www.anneguygardendesigns.co.uk
View all posts by Anne Guy →
This entry was posted in London and tagged Bobs World Cat Cafe James Bowen. Bookmark the permalink.